You don't have any saved vehicles!

Look for this link on your favorites:

Once you've saved some vehicles, you can view them here at any time.

Here at Cecil Atkission Motors Uvalde, we know our Uvalde area drivers work hard, play hard, and need a car that can keep up. That’s why we choose to offer the Chrysler, Dodge, Jeep, Ram lineup at our dealership in Uvalde.

Why Shop With Us?
MENU

CALL US FIND US

What Does R/T Mean?

When hearing people talk about performance vehicles, you may hear the term R/T thrown around. If you have been wondering what it means, then you are in the right spot. Here we will discuss what it means, the history of it, and what makes R/T vehicles stand out from the rest.

R/T stands for Road/Track and can be found on model configurations across the Dodge lineup. If you are looking for increased performance on the Del Rio roads an R/T model may be for you.

The history of the R/T trim dated back to 1967 with the release of the Dodge Cornet R/T trim. Since then Dodge has released 29 R/T vehicles, including the legendary 1968 Dodge Challenger–which still sports the R/T name on trims levels today.

R/T trims offer improved performance specs and enhanced features missing on standard trims. They do come with less power than an SRT trim, which is another popular performance trim found on the Dodge lineup. In return, R/T models come with a lower price tag so they can be a great place to start if you are looking for a performance model on a budget.

The R/T high-performance vehicle lineup was pioneered by Dodge, and they still offer quite a few R/T configurations, including models like:

The features and options available on any individual R/T configuration can vary, but some performance-minded features that can be found are:

Ready to experience the power of an R/T vehicle for yourself? We are here to help at Cecil Atkission Motors Uvalde! Speak with an associate today to schedule a test drive or stop by our lot near Eagle Pass to ride in an R/T today. Be sure to keep your vehicle performing at its best and get regular oil changes.

You don't have any saved vehicles!

Look for this link on your favorites:

Once you've saved some vehicles, you can view them here at any time. 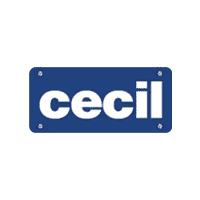